Relationships with customers are typically fostered outside the digital world. But managing them on a digital platform is something people have been doing for decades.

Playmaker’s decade-old mobile app was was built without any user feedback. What resulted was a bloated app that was also sluggish and lacked uniformity.

In the first version of the application the home screen was the calendar. Many of our users utlizied other calendar applciations (native or third-party) for this function, so forcing this feature onto users didn't make sense.

Through user interviews, I realized the application had a navigation model that only appeased a third of our users. With this information I decided to test three popular navigation models. 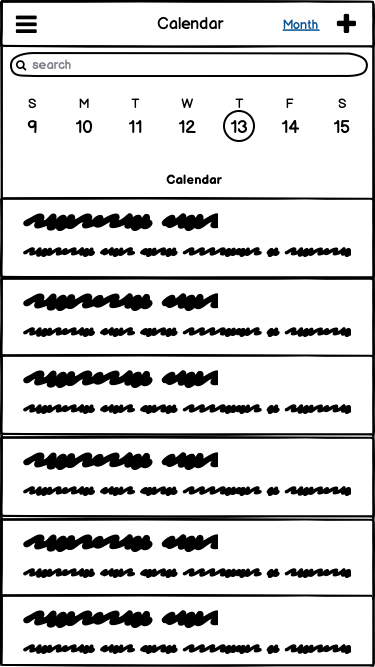 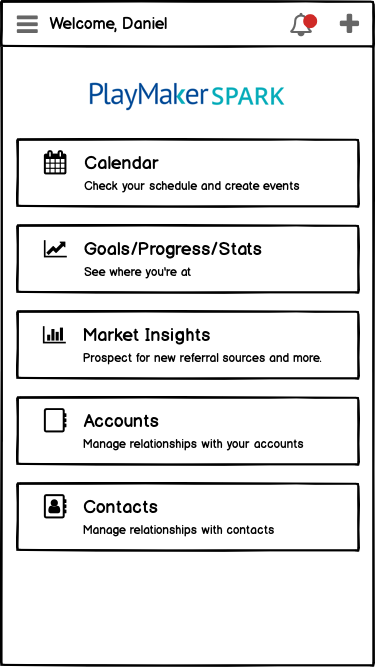 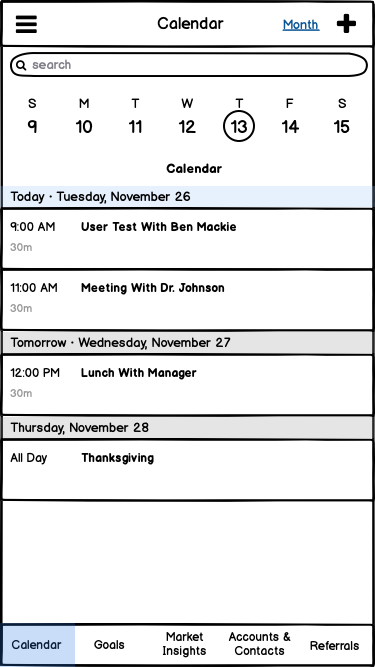 After conducting user tests, the hamburger navigation pattern failed despite its ubiquity and popularity amongst our engineers.

Next, I tested the hub and spoke model, which put the calendar an extra tap away from users, but allowed for a flexible one-size-fits all approach for all of the other features.

Last, I ran users through a prototype that featured an anchored navigation pattern. Realtively unique to iOS, this pattern seemed to have problems with discoverability.